For a better experience please update your browser.

Your browser must have cookies enabled otherwise you will not be able to login or register. Please enable cookies in your browser and then refresh the page to continue.

Total booking fees comprise charges for IT services, credit card charges and/or other administrative fees allocated by the event organiser

Gatecrasher are very pleased to announce the line up for the biggest party of the year! This New Years Eve’s Gatecrasher Birmingham has assembled some of the hottest acts in dance music from around the world. As with every landmark occasion, Gatecrasher will be pulling at all the stops to bring you one unmissable party! Complete with Stage Performers, Dancers, Pyro-Technics, Fireworks, Ice Cannons and the legendary Gatecrasher production 2014 is going to start with a BANG!

As New Years Eve is the biggest celebration of the year, we have brought you the biggest acts in the world to join in the party. Leading the charge is the English born duo Disclosure! Having rose to fame following their release of ‘Latch’, Disclosure stormed into 2013 with 2 consecutive top 10 singles with “White Noise” and “ You & Me”, and headlining every major global festival this event is going to be a sell out!

The next headline act to join the party is Breach! Having launched his own label ‘Naked Naked’, he has released an impressive selection of music via the imprint from the likes of Midland and Dark Sky with further music from Dusky, Citizen and of course more from the man himself. I turn the label has received consistent support from the likes of Maya Jane Coles to Eats Everything, Claude Von Stroke, Damian Lazarus, Annie Mac and Skream!

Support on the night comes from some of the House and Tech music scenes most prominent stars including NO ID, Friend Within, Hannah Wants and Nick Coulson!

Pre order a VIP booth for the biggest party of the year! Packages include tickets to the event, fast track entry, private VIP booth for the night, personal waitress service, a selection of premium spirits and Champagnes and the best views of the club! 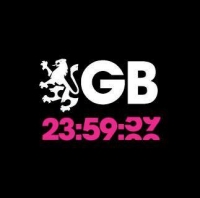